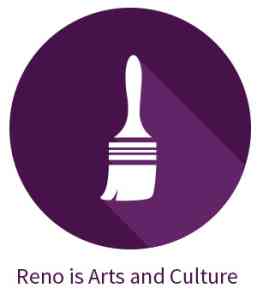 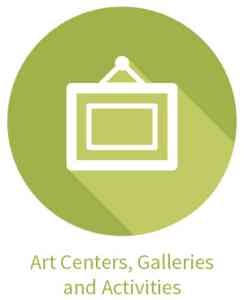 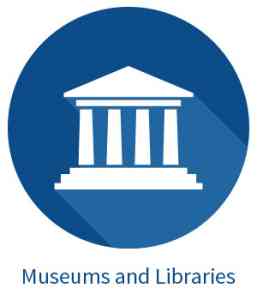 Reno is Artown
Recipient of five consecutive National Endowment for the Arts grant awards, Artown brings the arts to life in Reno each July with a packed calendar of events. Artown captures the imagination and brings with it a celebration of distinguished artists from around the world, across the country and those that live in our community all for the sake of cultural diversity and artistic innovation.

Burning Man
Held in the Black Rock Desert, 120 miles from Reno, Burning Man is an annual experiment in temporary community dedicated to radical self-expression and radical self-reliance. Over 50,000 people from around the world attend Burning Man every year.

Sierra Arts Foundation
Develops and supports local artists who are committed to our community, by providing funding, education for all ages, and by developing spaces and places for artists to display or perform their work — especially places that benefit from art “beautification” and economic development and revitalization.

University of Nevada, Reno – School of the Arts
Established to help coordinate and nurture the extraordinarily diverse and vibrant arts endeavors happening on and around campus, the School brings together under one umbrella the departments of Art, Music, and Theatre and Dance, as well as the Black Rock Press, Sheppard Fine Arts Gallery, Nevada Repertory Company, Performing Arts Series, Reno Jazz Festival (now in its 50th year!), Nevada Chamber Opera, and the Argenta Concert Series.

McKinley Arts & Culture Center
The former McKinley Park School was constructed in 1910 and renovated in 1999. The historic building boasts two gallery spaces, arts and crafts workshops, the City of Reno Arts, Culture and Events Division, and provides rental office space for local non-profit arts organizations. An auditorium and boardroom are available for rental by tenants and outside cultural groups for rehearsals and performances.

VSA Nevada
VSA Nevada’s mission is to provide quality arts opportunities for ALL focusing on children and adults who have a disability, are disadvantaged, at-risk, or under-served by the arts.

VSA Nevada is responsible for the thoughtful preservation and year-round use of the Lake Mansion as a cultural and historic site.

Reno Open Studios: Artouring
Reno Open Studios is a unique opportunity to visit the artist’s studios and see them work. Learn what inspires the artists, witness their techniques, and be stimulated by their passion for the creative process.

The Nevada Museum of Art welcomes more than 120,000 visitors each year and receives support from more than 7,000 members. The only nationally accredited art museum in the state, the Museum features exhibitions by national and international artists with a permanent collection of 19th through 21st century art.

In January 2009 the Museum launched the Center for Art + Environment (CA+E) appointing William L. Fox as its first director. Today, the CA+E is an internationally recognized research center that supports the practice, study and awareness of creative interactions between people and their natural, built, and virtual environments.

With nine exhibits and galleries and countless events and programs, The Discovery is designed to raise the bar for fun, family-based learning throughout the Northern Nevada community.

With four galleries ranging from 1890’s to 1950’s racing cars and more, the National Automobile Museum has become a favorite to residents and visitors to Northern Nevada. It was named among the Top Ten Museums by Car Collector Magazine, and has been selected as one of the Best of the Best 16 Car Museums in the World by AutoWeek.

The mission of the National Automobile Museum (The Harrah Collection) is to collect and preserve the automobile for future generations with an emphasis on vehicles collected by William “Bill” Fisk Harrah, to tell the story of the impact of the automobile on American society, and to perpetuate the legacy of Mr. Harrah as a renown collector.

Located at the University of Nevada, Reno this building, designed by famed Reno architect Ray Hellman features a 360-degree projection system for astronomy shows, and public viewing of the heavens through the planetarium’s regular viewings. The building is now listed on the National Register of Historic Buildings.

This center has a wonderful commitment to family, children and education. The center includes a museum with a collection of rare and exotic artifacts; a place to experience fun traveling exhibits. It also includes the Arboretum, an incomparable display and living museum of colorful flowers, creek side meadows, outdoor courtyards and secluded benches.

For more than 10,000 years, people have carved out a life here out of the hard, rugged Nevada terrain. From boom to bust, their stories are preserved at the Nevada Historical Society in Reno.Lives and lifestyles of the region’s native peoples, first explorers, settlers, miners, ranchers, lawmen, legislators, entertainers, business leaders and those who sought fortune at the hands of Lady Luck unfold in Nevada’s oldest state museum. Exhibits detail some of the unmatched technological wonders created to tame this wild land.

Located in the Mackay School of Mines Building at the University of Nevada, Reno, the W.M. Keck Museum houses an outstanding collection of minerals, ores, fossil specimens and photographs, in addition to mining related relics. There is a special emphasis on early Nevada mining history with samples from famous mineral districts such as the Comstock Lode, Tonopah, and Goldfield.  The museum is also home to some of the spectacular Mackay Silver Collection, created by Tiffany & Co., for John Mackay and completed in 1878.Washoe County Library SystemThe Washoe County Library System offers art in public spaces, and fosters an environment of creativity and inspiration in addition to participating in regional events like artown. The gallery page is updated each month with the changing exhibits.

The Reno Philharmonic Association is the largest performing arts organization in the region, with over 60 professional musicians under the leadership of Music Director Laura Jackson. They perform in Reno, Carson Valley, and the Lake Tahoe region in various outdoor and indoor venues. Reaching over 70,000 people each year, the orchestra presents more than 25 concert performances throughout the year, some free for the community.

Performing regularly around Reno and Sparks, the Reno Jazz Orchestra (RJO) works to create a greater appreciation of jazz in northern Nevada by providing world class big band performances and by promoting jazz education in the middle schools, high schools, and colleges.

Pioneer Center for the Performing Arts

This center serves as the premier performing arts venue for the Reno metropolitan area. An evening at the center may include the Reno Philharmonic, Nevada Opera, a rock concert, a percussion extravaganza like Stomp, a musical, a lecture or a Broadway show.

Brüka Theatre is a performance art space located on the main strip in Reno. Founded in 1992, the theater features classic, contemporary, musical, original and Theatre for Children.

Good Luck Macbeth is a theatre company offering community involvement, educational opportunities, and social diversity as well as encouraging personal and professional growth. The theatre company seeks to inspire social consciousness, offer a haven for creativity, and perpetually strive to create the best environment for artists, volunteers and patrons.
The company’s intimate theater seats 44 people and shows range across the board – drama, classics, comedy & musicals.

Reno Little Theater provides a setting for people of all backgrounds to learn about live theater. Over the years, Reno Little Theater has offered adult and grammar-school drama classes, play-writing competitions, a children’s theater, and over 470 on-stage plays. Reno Little Theater has also taken its productions from the main stage to Reno parks and to other Nevada communities. The theater offers a variety of plays each season, including musicals, comedy, mystery, suspense and drama.

A.V.A. Ballet Theatre in 1994. The company’s mission is to be the premiere ballet company in northern Nevada, while giving performing opportunities of a professional caliber to children, adults and dance artists.  A.V.A. serves a geographically widespread and diverse community consisting of northern Nevada and parts of northern California.Auditions for A.V.A. productions are open and available to all ages and levels of artists.

The Knitting Factory was founded in 1987 and over the years has grown into Knitting Factory Entertainment (KFE). Though primarily known for their venues—both clubs and concert houses located in Brooklyn, Boise, Spokane and Reno—KFE also promotes national tours, produces the hit Broadway musical Fela!, operates The Federal Bar Gastro Pub in North Hollywood and is a partner with record labels Partisan and Knitting Factory Records. Another venture, High Adventure Management handles the careers of emerging and critically acclaimed recording artists both in the U.S. and overseas.

The Reno Music Project was founded in 2007 by Todd South and several like-minded associates. The general concept is that of a music cooperative — an organization comprised of musicians and friends working together to provide a home for original, independent music in Northern Nevada.

Nothing To It! Culinary Center

Since 1995, the Nothing To It! school has grown from classes around a kitchen table to a present 6,000 square foot Culinary Center. Nothing To It! Culinary Center includes a cooking school with hands-on and demonstration classes taught by a variety of Master Chefs, a Napa Valley style gourmet deli, and a kitchen store with a wide variety of ingredients, appliances and accessories for people who love to cook.

The culinary arts program was established in 1979 and is accredited by the American Culinary Federation. TMCC offers three opportunities for college degrees and career advancement: