Greater Reno-Sparks-Tahoe | Something for Everyone

Located at the base of the beautiful Sierra Nevada Mountains, opportunities for recreation and entertainment abound. You can hit the ski slopes in the morning and  play a round of golf or hike the many Truckee Meadows trails in the afternoon. If that’s not enough, you can then enjoy a a baseball game, a concert in the park or a pub crawl when the sun goes down. In Greater Reno-Sparks-Tahoe there is always something exciting to do for the family and the adventurous at heart. 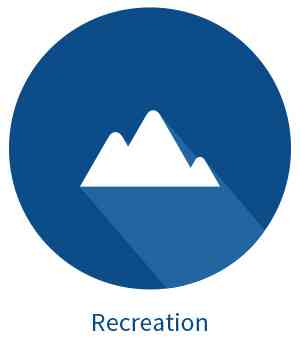 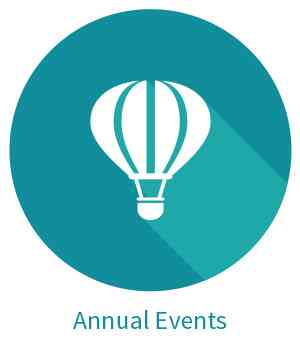 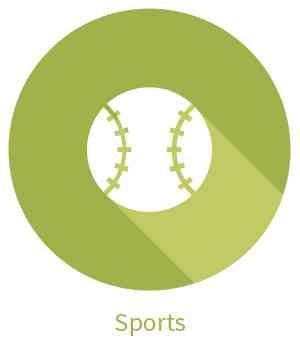 Reno was ranked #1 in Outdoor Fun by Rand McNally. On top of that, our National Bowling Stadium is the only of its kind in the world!

Before you hit the links, why not hit the slopes for a half day of incredible skiing? Greater Reno-Sparks-Tahoe is also within a short distance of 18 world-class ski resorts at the majestic Lake Tahoe with an average snow pack of 30 feet and over 22,000 acres of skiable terrain. Squaw Valley, under and hour away from the heart of downtown Reno, was the site of the 1960 Winter Olympic Games! Check out the slopes and latest ski conditions here!

These conditions aren’t just for skiing and boarding. Try one of these winter sports in Greater Reno-Sparks-Tahoe: snowmobiling, snow-shoeing, ice-skating, inter-tubing and even dog-sledding!

According to Trails.com there are nearly 900 hiking trails in the Greater Reno-Sparks-Tahoe area. Many of the trails in the region are dog-friendly and lead to incredible views of the Washoe Valley, Truckee Meadows and Lake Tahoe. There are also over 90 outdoor rock climbing opportunities around the area and in the Great Basin National Forest.

Too cold for outdoors? Indoor rock climbing is an option, too! Try RockSport in Reno or, if you’re really daring, climb up the tallest rock wall in the world (164 feet) Basecamp at Whitney Peak (they have indoor bouldering too).

Check out the trail guide below or visit Reno Tahoe USA for more information on hiking and rock climbing in Greater Reno-Sparks-Tahoe.

Ranked in the “Top 50 Bike Friendly Cities in the U.S.” by Bicycling Magazine, Greater Reno-Sparks-Tahoe is known the world over for its road biking trails and annual event, the Tour de Nez (soon to be Tour De Nez-Vada). Greg Lemond, former Tour de France champion, trained in Reno-Tahoe. Click here for road and mountain biking trails, and to find out why Reno is one of the best cities for cycling.

Golden Eagle Regional Park – The Golden Eagle Regional Park features 1.4 million square feet of artificial turf — the largest single installation artificial turf project in North America. The park, which boasts a pro shop and facility rentals, is designed to accommodate the diverse needs of sports enthusiasts of all ages and skill levels and will meet the increasing demand for sports fields for years to come.

Rancho San Rafael Park – On the Northwest end of Reno, Rancho San Rafael park encompasses approximately 570 acres of pastureland and natural sage community features. About 25 acres is manicured turf and 80 acres is pasture. The park is dog friendly, can be used for events and gatherings, and is home to the May attractions which include the Wilbur D. May Museum, Arboretum and Botanical Garden.

Sparks Marina – With walking paths, trees and sandy beaches surrounding a 77-acre lake, the Sparks Marina Park is a great place for an outing! The one-billion gallons of water are put to good use for recreational activities from windsurfing and sailing to swimming and scuba diving to fishing and boating. Additional activities and facilities include a lineup of special events, a dog park, volleyball courts, playgrounds, picnic areas, and showers. A concession stand is also open during the summer months.

Other Adventures and Events

Greater Reno-Sparks-Tahoe is an events mecca. Visitors come from all around to enjoy some of the world’s most unique and diverse events around art, sports, culture, and just plain fun!

Hot August Nights is the premiere classic car event in the world, annually drawing more than 800,000 spectators and participants to northern Nevada to revel in nostalgia, enjoy top entertainers from the 50s and 60s and participate in a variety of events including show-n-shines, controlled cruises and more.

Every Labor Day weekend, the John Ascuaga’s Nugget Best in the West rib competition and festival attracts thousands of visitors for six days of amazing ribs (from all over the country), arts & crafts, music and more.

Artown, recipient of five consecutive National Endowment for the Arts grant awards, brings the arts to life in Reno each July with a packed calendar of events. Artown captures the imagination and brings with it a celebration of distinguished artists from around the world, across the country and those that live in our community all for the sake of cultural diversity and artistic innovation.

Held every September just north of Reno, the National Championship Air Races have become an institution for northern Nevada and aviation enthusiasts from around the world.  In the past ten years, the event has attracted more than 200,000 spectators annually. The event features six racing classes, a large display of static aircraft and several military and civil flight demonstrations.

The Great Reno Balloon Race is the largest free hot air ballooning event in the United States. During three days in early September, you can look up into the Reno skies and see a rainbow of hot air balloons soaring about. From its humble beginnings in 1982 with just 20 balloons, The Great Reno Balloon Race has taken flight with more than 100 balloons each year.The Balloon Race has won many awards over the years including ‘Best Special Event in Reno’ and ‘Best Special Event in Northern Nevada’ with an average of 150,000 spectators attending the event each year.

The 14th annual Reno-Tahoe Open at Montrêux, an official PGA TOUR event, takes place at Montrêux Golf & Country Club in Reno, Nev. The tournament is one of just 47 full-field stops during the PGA TOUR Regular Season and is part of the FedExCup series, a points competition for PGA TOUR professionals. The internationally-televised event brings in millions of dollars in coverage for the Reno-Tahoe region through its affiliation with The Golf Channel as it follows 132 PGA TOUR professionals competing for a share of the tournament’s $3 million purse.

The “Wildest, Richest Rodeo in the West,” the Reno Rodeo is a 10-day event. The Reno Rodeo is a PRCA (Professional Rodeo Cowboys Association) sanctioned sporting event. Reno Rodeo is a non-profit organization made up over 400 volunteers. Over 140,000 fans will be in attendance for the 4th richest PRCA tour rodeo. The Reno Rodeo has been nationally televised on CBS Sports, Fox Sports Net, Versus, ESPN, ESPN2 and ESPN Classic.

Visit the Reno Tahoe USA website for a full list of the best events in Greater Reno-Sparks-Tahoe.

For the sports enthusiast, Greater Reno-Sparks-Tahoe has something for every season.

The Reno Aces are a minor league baseball franchise; the team is a member of the Pacific Coast League and is the Triple-A affiliate of the Arizona Diamondbacks. Owned by SK Baseball, the Aces are a part of the Pacific Conference’s South Division along with the Fresno Grizzlies, Las Vegas 51s, and Sacramento River Cats. Aces Ballpark, a new 9,100-capacity venue constructed for the team, opened in Spring 2009 in the heart of downtown Reno. The stadium is part of the Freight House District, an exciting year-round entertainment complex that offers unparalleled retail, dining, and nightlife options.
Source: Reno Sparks Convention & Visitor’s Authority

The Reno Bighorns are a NBA Development League team affiliated with the Sacramento Kings and the Orlando Magic. Owned by SK Baseball, the owners of Minor League Baseball’s Reno Aces, the team plays at the Events Center in the heart of downtown Reno, from late November through early April.
Source: Reno Sparks Convention & Visitor’s Authority

With 18 varsity teams competing in the highly competitive Mountain West Conference, Nevada students have front-row seats to exciting NCAA-Division I athletics, often watching the Pack compete in the postseason.